Marco Nicolini is Partner of Orrick, Member of the European Management Board of Orrick and Head of the Italian team of M&A and Private Equity.
He provides legal assistance in corporate transactions and mergers and acquisitions and is an international advisor to leading U.S. multinationals.

Thanks to his extensive experience in corporate matters, he has been involved in numerous M&A projects concerning acquisitions and divestitures of Italian companies by Italian and foreign investors. In this context, his activities include the establishment of joint ventures, the drafting of shareholder agreements, corporate reorganization, project finance, leasing contracts, banking and financial consulting, securitization and capital market transactions.
Marco has assisted Italian and foreign companies in listing on regulated markets, in the initial offer of shares to the public, in the placement of securities and bonds, dealing with the legal aspects, including the preparation of prospectuses and the offering circular for private and institutional investors, he has handled relations with the relevant supervisory authorities, in particular with Consob and Borsa Italiana.
He provided legal assistance to the Ministry of the Economy and Finance in activities related to the recapitalisation and strengthening of the capital of Banca Monte dei Paschi di Siena. He also assisted, among other clients, Terni Energia (a listed company) in various acquisitions of assets or companies in the energy field, both regarding renewable and non-renewable sources plants, as well as Byom in the acquisition of a cluster of plants from Hera, and Eneracque S.p.A. in the sale of 60% of the share capital of Berg S.p.A. to ACEA.
As a specialist in the privatisation of public companies, he has been responsible for the disposal procedure and the listing of the shares of Telecom Italia, Mediocredito Centrale and Cofiri through a public offering. 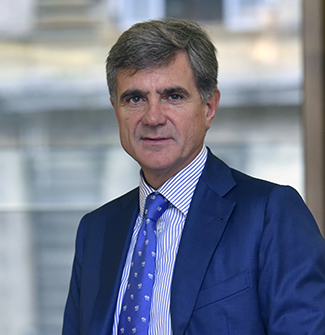