The 2018 “State of European Tech Report,” released today, provides the strongest data yet that tech is driving Europe’s economy. The annual report, prepared by global venture capital firm Atomico in partnership with Orrick and Slush, reveals that Europe is set to receive $23 billion in tech investments this year, a significant increase over 2017 and nearly a five-fold increase in the last five years – profound evidence of Europe’s rise in the global tech ecosystem.

The report was unveiled at the annual Slush conference in Helsinki. It outlines a number of key trends, most pointing to a robust future for European tech but also notes an alarming lack of diversity and inclusion in the European venture backed community. Among the report’s central findings:

Orrick has continued to be the most active law firm in the European venture community, helping founders, investors and corporate venture clients raise or deploy more than $3.7 billion across Europe over the past four quarters.

“The transformation in technology is not “coming” to Europe, it is being driven by European companies and their founders,” Orrick London partner Chris Grew said. “This year’s report confirms that tech is THE engine of economic growth and opportunity. It also reminds us of our responsibility as a community to ensure that this transformation is inclusive in all respects. This is the only way we will deliver fully on the promise of innovation.”

The Slush conference convenes tech leaders from around the world. In addition to Chris, Orrick will be represented at the conference by partners Shawn Atkinson from London, Sven Greulich from Dusseldorf, Ben Cichostepski from Paris, Blake Ilstrup from the West Coast and associate Samir Bakhru from New York. 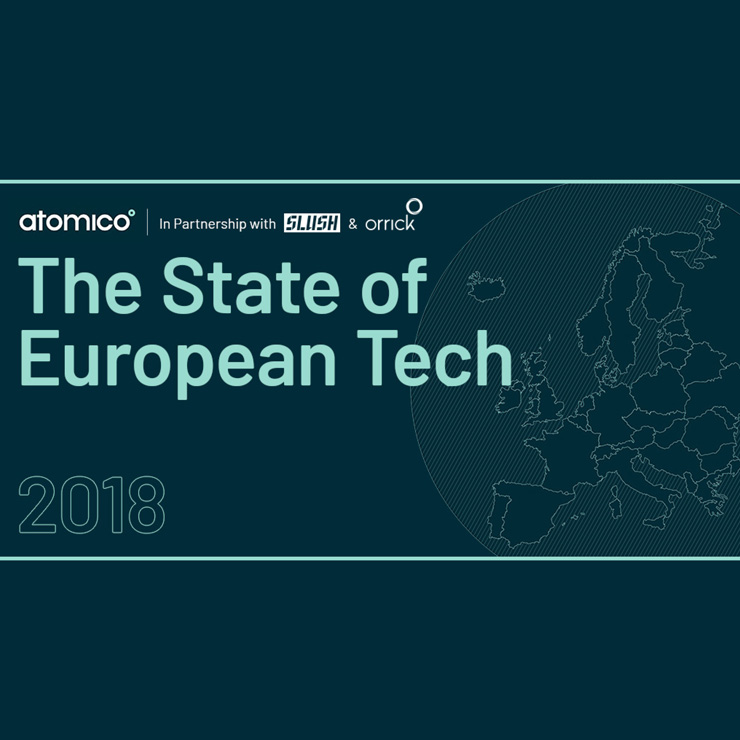