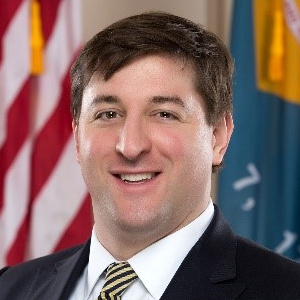 Bryan is the son of a retired Newark police officer and a retired public school teacher. He graduated from Glasgow High School in 1999 before attending the University of Delaware (economics/philosophy/biology), the University of Cambridge (Chinese studies), and Yale Law School.

After law school, Bryan returned to Delaware to clerk for Chancellor William Chandler III of the Delaware Court of Chancery. He then became an attorney focused on Delaware corporate litigation, and has represented Delaware businesses of all sizes, as well as children in foster care, victims of domestic violence, and a veteran with service-related disabilities.

Bryan was first elected to the Delaware Senate in 2012. The Senate Democratic Caucus elected him Majority Whip in 2018 and Majority Leader in 2020.

Bryan and his wife Lilianna, a fellow attorney and a first-generation Vietnamese American, are proud parents of two young, spirited sons Logan and Landon.