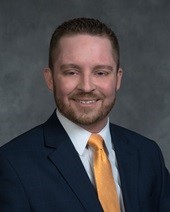 Nicholas helps innovators solve their most important legal risks in all 50 states before state legislatures, attorneys general, and regulatory agencies.

Innovation and technology change rapidly, creating friction for businesses trying to operate in the face of outdated regulations. Nick and the Orrick team help innovators understand their risks and create opportunities for solving them in state legislatures and before regulatory agencies.

Nick's clients operate in many fields. Current and past clients include professional sports leagues, the daily fantasy sports industry, tech companies operating in highly-regulated fields like insurance and alcoholic beverage sales, internet video providers, and new companies at the leading edge of the sharing economy.

Prior to joining Orrick, Nick served as a law clerk to Judge James L. Dennis of the U.S. Court of Appeals for the Fifth Circuit, and to Chief Judge David C. Norton of the U.S. District Court for the District of South Carolina. He also served for two years as an attorney on the staff of the United States Sentencing Commission in Washington, D.C.