Profiles in Innovation: Biom'up's CEO on How the Right Funding Can Make or Break a Company

“What kills ambitious projects is that people don’t raise enough.” 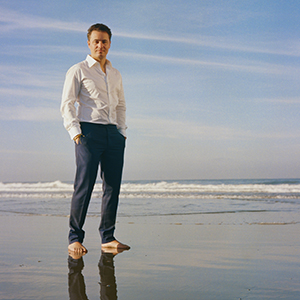 When describing his philosophy of fundraising, Etienne Binant likes to talk about Christopher Columbus’s relationship with his patron, Queen Isabella of Spain. Columbus failed to find a new route to India as assigned. But he asked for enough resources that he was able to find something of real value—the Americas—and that was good enough for the Queen.

Startup executives need to think like Chris and never underestimate how much they need, Binant says: “I believe what kills ambitious projects is that people don’t raise enough. They don’t reach the milestone, and they die a few hundred yards from the shore.”Under Binant’s leadership, biosurgery company Biom’up has planted its flag firmly in its own New World. This past summer the company launched its flagship medical device after achieving U.S. Food and Drug Administration approval in record time. The product, HEMOBLASTTM Bellows, is the first new market entry in years in the critical area of hemostasis—controlling bleeding during surgery.

Just four years ago, Lyon, France-based Biom’up was languishing. As its board debated whether to sell or fold, Binant, then a board member, asserted the company could thrive—but only if it could raise 10 times its current funding. The board, “thunderstruck,” challenged him to do it himself as CEO and gave him 48 hours to make the decision. Binant was a consultant experienced in fundraising, but it would be his first time as chief executive of a company of any significant size. He took the job and has since exceeded the fundraising goal, raising more than 100 million Euros since early 2017 alone.

Some of Biom’up’s existing products were facing commoditization in a field dominated by big competitors. So Binant focused on hemostasis, a $2 billion global market. Finding a new solution for bleeding—a life-and-death problem on the operating table—would “really get surgeons’ attention,” Binant believed.

To sell HEMOBLAST Bellows, Biom’up would need pre-marketing approval, the FDA’s most stringent pathway for medical devices. Most companies, small and large, aren’t willing to invest tens of millions in a PMA. But Binant knew it would give his company a big competitive advantage. He obtained 30 million Euros from a pan-European syndicate of investors to get his ships to shore.

The product proved so effective that the trial was ended seven months ahead of schedule. At only 2.5 years, it was the fastest-ever PMA for a surgical hemostasis device. Binant gives much of the credit to his medical/scientific team, but points to some key tactical decisions.

First, the company went to extraordinary lengths to comply with the FDA’s requests, including developing a new scale to measure bleeding severity. “The FDA is a stern institution but also fair, as far as we’ve been involved. We did our best to collaborate and to dedicate resources rather than fighting requests.”

Second, Binant or his chief medical officer, Dr. William Spotnitz, visited every clinical research site on a monthly basis—a task that most companies would leave to their clinical research organization. It required near-constant travel, but the close communication helped to address issues at the sites and keep the trial moving.

Biom’up is well prepared to blitz the U.S. and European markets with its new product. Last year it shed its legacy product portfolio and completed an IPO on Euronext just weeks ahead of obtaining FDA approval. More than 200 surgeons have been trained in the use of the product. As of July, master agreements were in the works with more than 75 hospitals in the U.S., and about 175 salespeople are working on promoting the product throughout the U.S. and Europe. A new factory is scheduled to open in the Lyon area within two years.

Now the real work begins: saving lives. The core technology for hemostasis today dates back to the 1990s, Binant says. Surgeons looking to control bleeding mostly use sponges or a kit that requires five to 20 minutes to reconstitute. Biom’up’s product is usually ready in 20 seconds. The patient’s life hangs in the balance.

Knowledge of the product’s potential helped Binant decide to take the CEO job. “I thought it was unfair to fold this company when it could make a real difference in the life of patients. I thought it was worth taking the risk.” —Richard Sine

European VC deals have been on an upswing over the past several years, thanks in part to greater contributions from corporate and sovereign funds. But the total pool of healthcare- oriented capital is still far less than what is available in the U.S.

“There are far fewer [European] investors in medical devices that can invest more than one or two million euros apiece,” says Etienne Binant, CEO of Biom’up. Biom’up had to raise money from VCs in four European countries, “each with their different laws and even culture of investment,” Binant says.

For European health tech companies, U.S. venture capitalists represent more than a big pool of dollars. They can also advise on penetrating the world’s biggest single healthcare market. For their part, U.S. venture capitalists should take a hard look at European companies, says Olivier Edwards, senior counsel to Orrick in Paris. “Valuations are lower [than in the U.S.], and they’re very good companies,” Edwards says.

Edwards, who counts Biom’up as a client, credits Binant for recruiting two Americans to this board—new members who can help the company expand in the U.S. This type of connection can be critical to an international company’s success, says Edwards, who, as co-founder of Orrick’s Silicon Valley Europe Desk, helps connect companies and investors in Europe with those in Silicon Valley.

Olivier Edwards is a lawyer in Orrick’s Paris office, member of the Technology Companies Group. He advises emerging companies and venture capital funds on investment, merger and acquisition matters with an emphasis on cross-border deals.

Olivier has been and is continuously recognized in Chambers & Partners, and has been described by his clients as “a very senior lawyer with vast experience in the merger and acquisition process,” "a talented lawyer and leading figure.“ He is a top-tier venture capital practitioner renowned for his fund-raising prowess and is often called the “godfather" of French venture law.

With a great experience on cross-border merger and acquisitions deals, and joint-venture operations, Olivier has worked with key players of the tech market such as eBay, Sony Ericsson, Softbank, Astanor, Biom'Up, Balyo, Aledia and Partech.

With Matteo Daste, Olivier is a co-founder and co-Chair of Silicon Valley’s Europe Desk which strengthens our unique positioning alongside European companies aiming at Silicon Valley’s capital and technologies and US corporates looking for investment opportunities in Europe.

Before joining Orrick as a Senior Counsel, Olivier was a partner at Gide Loyrette Nouel and was the Head of European Venture department at Morgan Lewis law firm.