Nicole has more than 20 years’ experience representing clients in international arbitration, having practiced in one of the biggest law firms in the world in New York for six years, an Austrian firm in Vienna for five years and a major U.S. firm in Paris for seven years, before joining Orrick. Dual trained in both civil and common law jurisdictions, Nicole has conducted arbitrations under all the main international arbitration rules including the ICC, AAA, SCC, UNCITRAL, ICDR and ICSID as well as local European arbitration institutions such as the Vienna Chamber (VIAC), CEPANI, Swiss Chamber and DIS. Her cases have spanned a variety of industries including oil and gas, nuclear energy, aviation, construction, food and beverages, transportation, and insurance. Most recently Nicole has worked on multi-billion dollar gas price review arbitrations for a major European producer and several construction arbitrations, including an US$8 billion ICC arbitration for the world’s largest shipbuilder. She is frequently nominated to act as arbitrator and speaks and publishes regularly on questions of international commercial and investment arbitration, notably, The International Comparative Legal Guide to: Investor-State Arbitration 2019 – Country Questions and Answers: France. Nicole is a former member of the Executive Board and Global Boards of ICDR Y&I and practices in English, German French and has a working knowledge of Spanish and Portuguese. 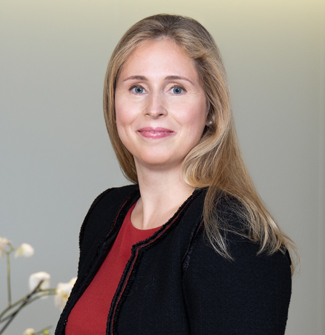 Orrick announced today that Michael Bühler and Nicole Dolenz have joined our Paris office as partners in our international arbitration and dispute ...