John is senior litigator focusing on complex commercial litigation representing large, sophisticated clients in their most important matters in state and federal courts across the country. A proven trial lawyer and appellate advocate, he has obtained over $1 billion in damages when acting as plaintiffs’ counsel and secured pleading stage and summary judgment dismissals when defending his clients. Given his experience in the rarely litigated area of force majeure, John co-leads Orrick’s COVID-19 Force Majeure Task Force.

John litigates significant, high stakes matters. For example, in 2017 on behalf of his client Hemlock Semiconductor Corp., in a case of first impression in Michigan, on appeal John won the dismissal of an attempt by a Japanese conglomerate to avoid $1.4 billion in purchase obligations on the theory that alleged acts by the Chinese Government constituted an “act of government” under the parties’ force majeure provision. The Michigan Bar Journal declared it one of the top 10 business cases of 2010-2019. In 2019, one of the very few RMBS actions to be tried, John was trial counsel for Credit Suisse Securities USA in a $700 million dispute in the Supreme Court of New York. At trial he handled the defense expert in the critical area of loan underwriting.

Prior to joining Orrick, John was a Litigation Associate at Donovan Leisure Newton & Irvine LLP. 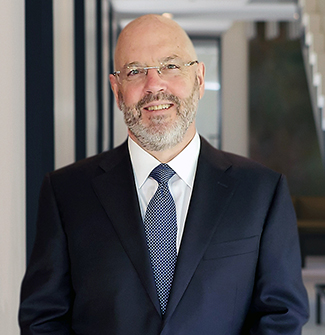