The financial distress in the UK high street has brought with it a resurgence of the use of company voluntary arrangements (“CVAs”). The restructuring tool of choice for struggling retailers, a CVA allows a company to propose an arrangement with its unsecured creditors, which if approved by a majority by value of 75% of creditors present and voting at a meeting of creditors and by 50% of the members of the company, will be binding on all unsecured creditors who would have been entitled to vote. CVAs have found particular favour with retailers or restaurant groups seeking to reduce the rent liabilities under their lease portfolios.

History has shown, however, that a CVA does not solve all of the financial woes of struggling retailers. In fact, a CVA can often simply delay an inevitable insolvency process. Where a company is over-levered, the business proposition is outdated or the management proves incapable of turning around the fortunes of the company, a CVA which has focused on lease liability management often simply precedes a terminal insolvency process. For example each of JJB Sports, Austin Reed, BHS and more recently Toys ‘R’ Us entered administration following CVAs.

A recent decision has helped landlords who may have been subject to a CVA in circumstances where the company in question has infrequently entered an insolvency process.  The recent case of Wright and Rowley as joint liquidators of SHB Realisations Limited (formerly BHS Limited) (in liquidation) v The Prudential Assurance Company Limited considered the validity and effect of a provision in the BHS CVA which stated that upon termination of the CVA landlords whose claims had been compromised pursuant to the CVA would be able to claim the full amount of their pre-CVA rent claims against the company.

This decision will give landlords comfort that if they vote in favour of a CVA where the company subsequently fails, they will be no worse off in the liquidation than they would otherwise have been. Unsecured creditors should read CVAs carefully and ensure that they understand whether their claims will be diluted by the reinstatement of landlord claims in an insolvency. 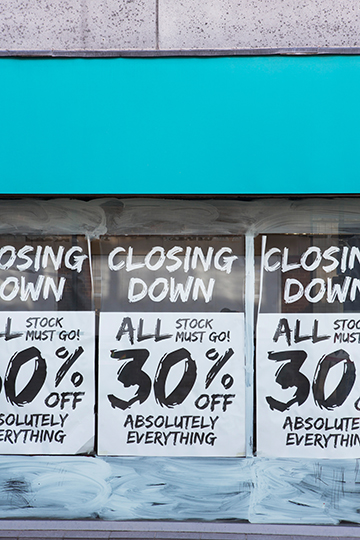 The CVA included a provision with the effect that upon liquidation any landlord was entitled to send a notice demanding payment within 14 days of sums due within the categories set out in the CVA; if payment was not received, a further notice could be sent to terminate the CVA. One of the Company’s landlords issued such a notice and the CVA was terminated on 16 December 2016.

Upon termination clause 25.9 of the CVA took effect. This stated that:

"Upon a termination under this Clause 25 …, the compromises and releases effected under the terms of the CVA shall be deemed never to have happened, such that all Landlords and other compromised CVA Creditors shall have the claims against [BHS] that they would have had if the CVA Proposal had never been approved (less any payments made during the course of the CVA)."

The Prudential Assurance Company Limited ("Prudential") was a landlord of two properties leased to BHS. It was among the landlords to have their leases "compromised", i.e. rent was to be paid to Prudential at a reduced rate for the period set out in the CVA. Prudential claimed that as the CVA had been terminated, they were entitled to claim the full pre-CVA rent which they would otherwise have received had it not been for the CVA and that as the administrators had occupied the properties for the advancement of the purpose of the administration following their appointment, the rent payable during that period was payable as an expense of the administration.

Consequently, the liquidators applied to court for directions arguing that:

Was the clause void as a penalty clause?

Mr Pymont QC considered that just because a CVA has contractual effect does not mean that it has every attribute of a contract or that every principle of the law of contract applies to it. A CVA creates a “hypothetical contract” which “compels the court to apply a contractual analysis to issues such as the true construction of the CVA". The purpose of the law on penalty clauses was intended to “provide relief against oppression for the party having to pay the stipulated sum"[1]. Whether or not there is an oppression will be determed by reference to the facts and circumstances of the parties in their negotiations and the legitimate commercial interests of the innocent party at the time of contracting. However, the court considered that it is impossible to see how a proposal “put forward by or on behalf of the company in the interests of itself, its members and creditors, approved by a statutory procedure and having effect by the statutory hypothesis, can somehow be said subsequently to have oppressed the company in some respect".

Furthermore, the grounds for challenge to the CVA are set out in the Insolvency Act, and provide only for a challenge under section 6 of the Insolvency Act for “unfair prejudice” against a creditor, member or contributory or, a “material irregularity” and such challenge must be brought within 28 days of the creditors’ meeting. In neither case does the company have the ability to bring a challenge. Nor does the statute provide for an extended period for other challenges to be made (i.e. under the law as to penalties) by the company or otherwise.

Even if the law of penalty clauses does apply to CVAs generally the facts before the court would not have resulted in a penalty. Mr Pymont QC referred to the introduction of the CVA which stated upon termination “the Landlords and other compromised creditors would have their original contractual claims restored” together with the compromise clause and clause 25.9 of the CVA. On that basis the court rejected the liquidators’ argument that the effect of termination was to create a new claim against the Company which would amount to a penalty and that the reinstatement of the landlords’ original claims could not be considered to be exorbitant, extravagant or unconscionable.

The liquidators submitted that the effect of clause 25.9 was to increase substantially the claims that the landlords would have against the Company in insolvency proceedings. This argument was based on the same premise relating to penalty clauses, namely that the compromise provisions amended the terms of the relevant leases and the termination provision created a new liability upon termination of the CVA. The liquidators’ arguments were rejected as the concessions were stated to be payable during the course of the concession period, which came to an end when the CVA was terminated. The court stated that the liquidators could not pick one part of the CVA and reject another. It was therefore held that clause 25.9 did not contravene the pari passu principle.

Should the rent be paid as an administration expense?

It is a well-established principle that “an office holder must make payments at the rate of the rent for the duration of any period during which he retains possession of the demised property for the benefit of the winding up or administration."[2] This principle was accepted by the liquidators who had paid the relevant landlord's rent (at the reduced post-CVA rate) for their period of possession of the properties. They argued that this principle only extended to rent that “accrued” during the relevant period and that as the rent that was due during the relevant period was the amount as reduced under the CVA, only that amount was due to be paid as an expense.

The court held that the effect of clause 25.9 was to deem the compromise not to have occurred with retrospective effect, and that the full amount payable under the leases should be paid as an administrative expense.

It is interesting to note that not all CVAs include a provision equivalent to that in the BHS CVA, reinstating the full extent of landlords’ claims in the event of a failure and termination of the CVA. Where such a provision is included, they may also differ in their effect.

For instance, the recent New Look and Toys ‘R’ Us CVAs did not include such a provision, whereas the recent Love Coffee CVA included a clause which mirrors that of BHS and the Prezzo CVA included a similar provision but which had a slightly different effect.

The provision in the Prezzo CVA would only reinstate landlord claims to the extent that a particular landlord had not already received the “Compromised Lease Payment” (i.e. a payment by the Company being a proportion of the rent due under the compromised leases).

All unsecured creditors voting on a CVA should carefully review the terms of a CVA focused on the compromise of leases. The inclusion of a provision similar to that in the BHS CVA can be an added protection for landlords and can incentivise support from landlords. We have however, seen little cooperation between landlords forming committees to negotiate better terms for landlords in a CVA. Where landlords can form such committees and their claims outweigh the claims of other unsecured creditors it would be sensible for landlords to push for a modification to a proposal to include these "reinstatement provisions" where they are not already included.