As Attorney General for the Navajo Nation, Ethel Branch set into motion a plan to reform its public safety system. Now in private practice, she remains mission driven, raising funds and coordinating pandemic relief efforts as founder of the Navajo & Hopi Families COVID-19 Relief Fund. She worked as an associate in Orrick’s Public Finance Group in Portland from 2008 to 2011.

1.   What do you value most about current role?

For me, it is always about bringing resources back to my community. Founding and working for a non-profit keeps me focused on this mission, especially in this time of unprecedented crisis. COVID has taken more than 500 Navajo lives. Overcrowding, the lack of access to basic resources like running water and electricity, and rampant health issues stemming from longstanding environmental contamination have created challenges that contributed heavily to our losses. For example, one-third of those living on the Navajo and Hopi Nations do not have electricity or water. This makes it very difficult for them to wash their hands frequently to effectively combat COVID.

It has been transformative for me to work with a deeply committed team that has raised almost $7 million to provide food, water and personal protection equipment (PPE) to our Navajo and Hopi community members. So far we have spent over $3 million on direct relief to over 30,000 households and more than 120,000 individuals – providing them with enough food to keep families home for two weeks to reduce the spread of COVID-19. This is very important because the Navajo Nation and Hopi Reservation are extreme food deserts with only 16 grocery stores for a region the size of West Virginia.  Many of our community members have underlying conditions that make them more vulnerable to COVID-19.  Our efforts are making an impact in the lives of our community members by providing them with the essential items they need to stay home and stay safe from COVID-19.

2.   How did you develop such a strong commitment to serve others?

I grew up on the Navajo reservation just outside of Winslow, Arizona, and my family lacked running water and electricity. That made me keenly aware that basic services available to others in this country were not available to my community. I wanted to know why. And I wanted to use that knowledge to make a difference in closing this equity gap.

3.   Did that influence your career path?

Absolutely.  This is the reason I entered into a joint law and policy program.  I was hoping to acquire the tools to come back home and ensure equal access to 21st century living standards for my community.  My initial interest was pursuing a career as an Indian law litigator fighting for justice for tribes in the courts.  But by the time I graduated law school I worried that Indian law litigation would be a depressing and losing battle, and that every time I would seek to hold the line on tribal sovereignty in the courts, that line would fall back no matter what the law would ordinarily provide for.  Instead I wanted to expand the boundaries of tribal sovereignty, and tribal finance offered a means to do that.  I heard of an impressive tribe in the Midwest that had developed such an extraordinarily well-resourced and well-functioning justice system that the local county availed itself of that system.  That seemed to be the answer to me: if tribes could build strong institutions coupled with strong capital infrastructure through tools such as public finance, others would willingly submit to tribal jurisdiction.

Once I realized the work that would make a difference in my community, I started researching firms that did tribal finance.  That’s how I found Orrick.  Doug Goe, Townsend Hyatt, and Mike Schrader essentially created the field of tribal finance, and so I wanted to learn from them.  I reached out to Doug and the rest is history.  It was a perfect fit because Orrick was bond counsel for the Navajo Nation, and so much of my work early on was for my Nation.  I really lucked out because you really can’t find smarter or nicer attorneys to work with and learn from.

5.   Did you find satisfaction in your work at Orrick?

Absolutely.  It was so incredible to help take tribal leaders’ visions to brick-and-mortar realities in terms of critical capital infrastructure and economic engines. We closed several important financing projects for the Navajo Nation, including a large Build America Bond that financed five new judicial facilities for the Nation. As Navajo Attorney General, I really came to appreciate the importance of that great deal.  We also assisted with the financing of a number of the Navajo Nation’s gaming facilities, which have provided important jobs and revenue sources for the Nation. Orrick had an exceptional team, both in terms of their commitment to excellence in their work and their commitment to being good human beings.  I greatly enjoyed my time at Orrick. Yet, once our important projects for the Navajo Nation wrapped up, my heart was being pulled another way.  I ended up moving to Washington, D.C., to work for a legal nonprofit.

In DC, my primary task was to help advance indigenous human rights for tribes in the U.S. It was great to put my knowledge into practice in the area of human rights, but I was too far from mountains and Indian country, and human rights, unfortunately, hasn’t provided a strong enough legal lever for tribes in the U.S.  As I was contemplating change, I discovered a phenomenal Indian law litigation group out of Seattle (Kanji & Katzen P.L.L.C.) that was winning the cases I thought couldn’t be won, and that was enforcing 19th century treaty fishing and hunting rights to ensure the continuation of indigenous life ways well into the future.  I simply had to learn from them, and once I met their team, I knew they would be a wonderful group of people to work with.  I started out with them as an associate, and after completing my service as the Navajo Nation Attorney General, I rejoined them as a member.

6.   How did you become Attorney General of the Navajo Nation?

After practicing for six years, through relationships I had developed on Navajo Nation during my time at Orrick, I found myself on the radar of the incoming Begaye administration as a candidate for the AG position.  They liked my blend of experience as a transactional attorney and a litigator.  I recognized it was a once-in-a-lifetime opportunity, of course, and very much wanted to accept the position, but I made sure to speak with mentors before I accepted the offer because I wanted to make sure I wasn’t making an irresponsible decision given how high the stakes were for the Navajo Nation and all of Indian country.  The Navajo AG can’t make mistakes, and I was still early in my career. Ultimately I decided to go for it, and I’m so happy that I did.  The work was extremely satisfying.  I was able to make such a difference in advancing Navajo and tribal sovereignty, and most importantly, in improving the day-to-day lives of the Navajo people.

7.   If you had to choose one outstanding accomplishment from your time as AG, what would that be?

Public Safety is one of the most important issues on the Navajo Nation, and our system was struggling when I came on board.  Our Chief Prosecutor had resigned, and our prosecutors were at half-staff.  The Judicial Branch and Department of Public Safety faced similar high vacancies, and we were all struggling to meet the public safety needs of the Navajo people.  But very quickly the Acting Chief Justice, the head of DPS, my Acting Chief Prosecutor, the Public Defender, and I came together and acknowledged that we were all part of a public safety team and we all had to be strong and successful for our overall system to work.  We also acknowledged the need to restore the faith of the Navajo people in our system.  They had to know that if they called 9-1-1, they would get a quick response by the police, a prosecution if warranted, and a timely resolution of the case by our courts.  Violent crimes were at epidemic levels at the time, and we worried that the lack of a strong public safety system had led to underreporting by victims and an environment in which perpetrators felt they could commit increasingly serious crimes without fear of reprisal.  Over time we transformed our monthly team meetings into annual Public Safety Summits that brought together staff from all areas of the public safety system, including partners like Emergency Medical Services and the Department of Behavioral Health Services.  We were able to transform attitudes and make significant improvements. We went from being resource deficient and passing blame for failures across silos to a cooperative organization in which each provider understood the vital part they played, as well as when and where their fellow team members might need help to ensure the system worked.   It was gratifying to see our struggling system transform into something functional and strong, and able to respond to the needs of our people in a meaningful way.

8.   What were some of the challenges you faced as AG?

Being consistently understaffed presented a unique set of challenges. Our remote location made attracting and retaining talent very difficult. It was not atypical to see a quarter or a third of our offices vacant. I prioritized filling my vacancies and maintaining a full staff, and this brought tremendous stability to the Department as well as to our Prosecutor’s Office.  We were able to accomplish so much more with a full staff.

9.   How have mentors influenced you?

Mentors have been critically important in my life and career. I look back to my professors at Harvard who helped me to form concrete questions: Why is there no development in Indian country? Why are our economies stagnant? Then, coming to Orrick, working with great lawyers like Doug Goe, Townsend Hyatt, and Mike Schrader, and finding generosity and a willingness to share knowledge from so many others at Orrick. I will forever be thankful for the strong skills and good judgment that my mentors at Orrick helped instill in me.  This foundation helped give me the confidence to advance early on, and to thrive as AG.

10. What advice do you have for young lawyers coming up?

Young lawyers should really focus on the basics with respect to training and mentorship. Surround yourself with the attorneys you wish to be like and be purposeful in refining your skills. The most important skill is good judgment, but writing, verbal and organizational skills are also crucial. And don’t be afraid to take ownership of a project.  Indeed, the busy senior attorneys and partners you are working with likely expect that of you. 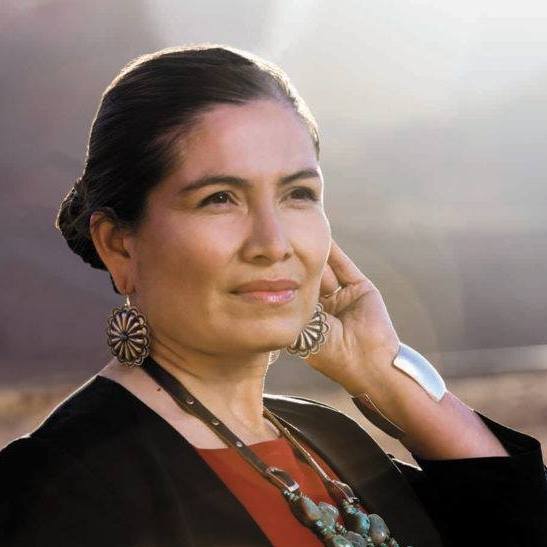