Melinda brings her stellar reputation, leadership skills and deep experience to Orrick’s San Francisco office.  She is a seasoned trial lawyer and a Fellow with the prestigious American College of Trial Lawyers.  Most recently, in January of this year Melinda and the team successfully represented a tech executive at trial who was charged with criminal theft of trade secrets.  Following a two-week jury trial and one hour of deliberations, the client was acquitted on all counts.

After being nominated by President Barack Obama and unanimously confirmed by the United States Senate, Melinda served as U.S. Attorney for the Northern District of California from August 2010 through September 2015, overseeing the U.S. Department of Justice’s work in a district that is an epicenter for complex, cutting-edge investigations and prosecutions. She led a team of more than 130 criminal and civil Assistant U.S. Attorneys in handling a high volume of matters that involved export enforcement, computer intrusions and intellectual property theft, international corruption, digital currency issues, securities fraud, and economic crimes, health care fraud, national security, public integrity and civil rights violations, and organized crime, among other things. Melinda served as Co-Chair of the White-Collar Crime Subcommittee of the Attorney General’s Advisory Committee and was a member of the Cybersecurity and Health Care Fraud Subcommittees, where she collaborated with U.S. Attorneys nationwide on the development and implementation of national policies and practices regarding the government’s approach to economic crimes and cybersecurity.

Melinda is an experienced trial lawyer and is a Fellow with the American College of Trial Lawyers. She has personally handled securities fraud, mail and wire fraud, bank fraud, trade secret theft, bribery, antitrust, Foreign Corrupt Practices Act, environmental, civil rights, defense contractor fraud, health care fraud, money laundering, narcotics trafficking, and child exploitation cases. Melinda has served as lead or co-lead counsel in more than 20 jury and bench trials, including a number of complex white-collar and civil rights cases. Among her most notable trial accomplishments, Melinda served as co-lead trial counsel representing the CFO of a publicly-traded pharmaceutical company who was charged with violating the federal criminal securities laws. The client was acquitted and completely vindicated following a lengthy trial. She also successfully defended at trial the former GC of a publicly-traded software company, who had been charged with federal criminal securities law violations. Following a three-week jury trial, all charges against her client were dismissed.  And most recently, Melinda and the team represented a tech executive at trial who was charged with criminal theft of trade secrets.  Following a two-week jury trial and one hour of deliberations, the client was acquitting on all counts.  While serving as an AUSA, Melinda led the federal government’s successful investigation and criminal trial against prison guards at Pelican Bay State Prison charged with violating the civil rights of numerous prison inmates in their care.

After earning her law degree from the University of California, Berkeley School of Law in 1987, Melinda began her career as a litigation associate and then served as an Assistant United States Attorney for the Central District of California in Los Angeles. She thereafter worked as a partner in a San Francisco boutique law firm before being tapped by then U.S. Attorney Robert Mueller (who later served as FBI Director and later the Special Counsel investigating Russian interference in U.S. elections) to serve as a supervisor in the San Francisco U.S. Attorney’s Office. Melinda stepped down as the Chief of the White-Collar Section in 2003, joining Orrick, Herrington & Sutcliffe as a litigation partner in San Francisco.

Melinda has conducted and supervised countless complex investigations in connection with her work representing companies, boards of directors and the government. She typically first meets with the client to discuss and understand the facts and allegations, as well as context and culture, and then to agree on a focused, efficient investigative plan. Melinda understands that some investigations require a broad, exhaustive approach, and that some can be more narrowly tailored and conducted in a way that minimizes disruption. These investigations have involved allegations or concerns regarding the Foreign Corrupt Practices Act, trade secret theft, bribery, antitrust enforcement, health care fraud, public corruption, securities fraud, and mail and wire fraud, among others.

Melinda also has significant experience representing high-level executives in connection with government investigations and cases, as well as in internal investigations. She is currently representing the General Counsel of a national bank; the founder and former CEO of a San Francisco-based tech company; the founder and CEO of a tech company in connection with a wide-ranging international investigation; the former CEO of a health care company; and more. Melinda understands the special challenges her individual clients face, cares deeply about the difficulties they face, and quickly gains their trust.

Melinda is called upon regularly to speak at conferences and law schools, as a keynote speaker, panelist, or moderator, on a wide range of legal and career-related subjects. She is also often asked by media outlets to provide information and commentary regarding issues ranging from the work of the Special Counsel to criminal justice reform. 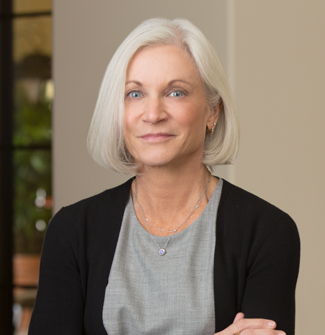