Peter Bicks is a nationally recognized trial lawyer based in New York. Clients repeatedly turn to Peter for their most challenging, high-profile business disputes -- ranging from intellectual property to mass tort claims. Over the course of his career, he has proven he can win at trial in any forum, ranging from state court juries in Alabama, California, New York, Texas, Utah, and West Virginia to the International Trade Commission.

In recognition of Peter’s career trial work, he was inducted into the American College of Trial Lawyers in 2015. Juries have compared him favorably to Johnnie Cochran and F. Lee Bailey. Chambers USA calls him “Enormously talented, extremely organized and a fantastic leader,” adding: “You can put him in front of a jury anywhere and he’ll connect with it.” And a peer in the trial bar told Law360: “What is most impressive is his ability as a true Field General – calmly directing his team’s efforts.”

Peter has received numerous other awards for his trial successes. Benchmark Litigation has recognized Peter as one of the Top 100 Trial Lawyers in America in its 2017 and 2018 editions “on the strength of historical and unwavering peer and client review, as well as proven achievements.” Law360 named him Media & Entertainment “MVP” in 2013 for his wins in “bet the company cases.” Lawdragon has recognized him for an “impressive track record of winning cases.”

Peter’s versatility is one of his hallmarks. To each case, he brings a combination of deft courtroom skills, strategic acuity and team leadership. The results have included a triumph in a bi-coastal battle for Dish Networks against the major television networks, fending off a multibillion-dollar lawsuit for Union Carbide in a hostile Texas courtroom against one of the nation’s winningest plaintiff’s lawyers, and protecting Nintendo’s popular Wii video gaming system before the ITC.

Peter defended DISH Network in a high-profile trial in Illinois where the FTC and various state attorneys general sought more than $700 billion in damages and penalties for alleged telemarketing violations, limiting recovery to less than one percent of that amount. Peter also represents Oracle in its high-stakes copyright infringement litigation against Google, currently on appeal, in which The Recorder proclaimed after his opening statement: “Oracle’s New Lawyer Comes out Swinging.” Additional examples of his opening statements, voir dires, cross-examination and closing statements, including accompanying graphics, can be found in the Engagements section below.

Peter serves as a member of Orrick’s Board. Before joining Orrick, Peter was a partner at Donovan Leisure. He captained his college tennis team to a national ranking, has successfully competed in major national sailboat competitions, and serves on the Board of the Harlem Junior Tennis and Education Program. With his wife Linda, he has three children: Avery, Isabelle and Phoebe. 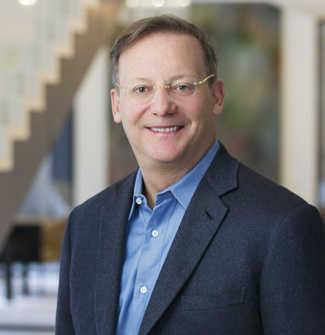