The Restructuring Mid-Summer Review: Europe and the Emerging Markets

For those focused on the debt restructuring market, the Greek sovereign crisis (covered extensively in our recent updates1) has drowned out news of other debt restructuring matters this year. Our Alert below addresses key trends in Europe and the Emerging Markets this year which may have gone unnoticed given the understandable emphasis on Greece.

Opportunities for Distressed Debt Funds to buy attractively priced distressed corporate assets and work them out have been few and far between in recent terms. Prices of distressed assets have been high, and often par lenders have decided to extend and amend loans (rather than engage in loan sales to funds or effect fundamental work outs of problem loans). Risk has not been fairly reflected in the price of either primary or secondary market debt. The risk/reward dynamic has been skewed in favour of high risk and low yields; not an attractive combination. The main driver of the activities of Distressed Debt Funds is the default rate. In the 2015 Deutsche Bank Annual Default Survey, Deutsche Bank commented, "We can’t overstate how low defaults are…the 2010-2014 cohort of High Yield Bonds is the lowest 5 year period for HY defaults in modern history". Hence, the low level of distressed debt activity.

Poor European growth rates, the difficult backdrop of the Greek debt restructuring talks, and major geopolitical risk, have yielded surprisingly few loan defaults and insolvencies in recent times. In Europe, restructuring activity has tended to be concentrated more in Southern than Northern Europe.

Last year the asset quality review and the ECB stress tests concentrated the minds of the management of banks and whilst Q1 in 2015 has been quiet for loan sales, we are expecting an increase in sales of distressed loans across Europe. In particular we are seeing an increase in Eastern European banks selling their non-performing loans ("NPLs") and expect this to increase in the next few years. Participants in Western Europe, the UK, Spain and Ireland have, in recent years, taken the lead in real estate loan sales, many of which are distressed. Both Spain and Ireland set up asset management vehicles focused on managing and selling off NPLs. One market which Distressed Debt Funds have been eying closely is Italy and the vast amount of NPLs held by the domestic banks. We recently held a seminar on this subject2 and it is clear that the €150 billion+ of NPLs presents both a significant opportunity and challenge for distressed debt participants as the banks in Italy take steps to organise sales processes for their NPLs. We expect a considerable uptick in loan sales and restructurings in the next few years in Italy, although this has been predicted and has failed to transpire for some years. There has been a small but steady flow of Italian corporate restructurings, often via informal semi in-court proceedings under Article 182 bis of the IBL3. For example, the Italian power company, Tirreno Power, has in recent days (July 2015) just received its lenders' consent to the restructuring of its €897 million debt. On 27 June 2015, the IBL law which regulates the 182 bis procedure was passed. The amendment is an important step forward for Italian restructuring law as previously an 182 bis restructuring was only available if 100% of creditors agreed to the restructuring. Amongst other things, the amendment allows the "cram down" of dissenting minority creditors where (a) at least 50% of the debtor's financial creditors have assented to the plan and (b) 75% of the financial creditors who have executed plans are in agreement. Further details of the amendments can be seen in our recent updates on the law4.

The pressure facing corporates resulting from the austerity drive in Europe is having a significant impact on a number of unrelated industries. In Spain and Italy, significant defaults are occurring owing to the reduction in government support to the renewables industry as discussed in our seminar on the subject last year5. In a measure expected to net the Treasury over £900 million per annum in additional tax receipts by 2020-21, the UK government announced in July 2015 that it was going to remove the Climate Change Levy (CCL) exemption for electricity generated after 1 August 2015.  This is expected to have a ‘material short term impact’ on earnings for a number of UK renewable energy companies. This follows on from the termination of the Renewables Obligation regime in April 2015, which we discussed in a recent alert.6 In other areas such as healthcare, we would expect further activity over the next 12 months as governments under budgetary pressure force significant contractual or impose fiscal measures which directly impact service companies to keep costs down. At the end of last year, for example, in the UK, NHP (one of the UK's biggest nursing home groups) was sold for £477 million in a process which resulted in NHP's lender and hedging counterparties suffering an approximate £600 million shortfall. We expect further pressure on healthcare groups particularly in the UK in the coming year.

At the start of 2015 distressed debt traders focused on the impact of low oil prices and there was an expectation that a restructuring wave might result in the new price environment. Looking back at the first half of the year the reality has been a ripple of activity rather than a wave. The expected wave of consolidation in the industry has started with the announcement in April that Shell was taking over BG Group. At the smaller end of the scale, MOL Group announced in early July 2015 that it was buying Ithaca Petroleum Norge, the North Sea Explorer. There have been a number of oil explorers, producers and service companies which have sought covenant adjustments and extensions to the payment profile of their loans and bonds. Oil focused corporates have, to date, been nimble in making cost adjustments and seeking waivers from lenders. Given that the North Sea is one of the highest cost producing areas in the world, much of the activity has focused in this area. We expect the pressure is more likely to be centered on oil service companies as the industry looks to reduce costs. Gradually, in the current environment, service contracts will be adjusted or eliminated and service companies to oil producers will find the latter part of this year and next year a challenging environment. 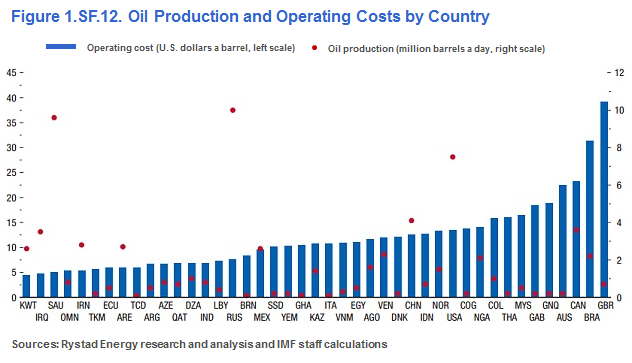 It is noticeable that few Reserved Base Lenders (“RBL”) (RBL Facilities being one of the key sources of credit for E&P companies) have made moves to sell their commitments notwithstanding the difficult environment their borrowers face. Many E&P companies entered into oil price hedges in a higher pricing environment and when these are reset at the end of the year liquidity pressure is likely to mount. 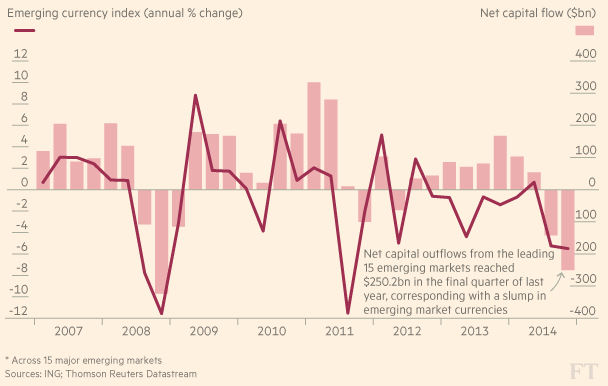 It is also notable that in recent years, there has been significant growth in US dollar borrowings by EM companies. Adverse currency movements (the dollar has strengthened appreciably against many EM currencies), exposure to falling commodity prices and slowing growth means that a significant rise in EM restructurings later in the year is to be expected.

In China, much of the media coverage has focused on the significant stock market falls in recent weeks and the efforts of the Chinese government to prevent further market declines. Little remarked upon outside the specialist business press are the small but significant number of defaults which are occurring in China. Kaisa Group Holdings Ltd, a Chinese property developer defaulted on its 2017 and 2018 notes. Perhaps even more noteworthy, a state owned company Baoding Tianwei Group Co. failed to pay its April interest payment on its US Dollar Debt. The Chinese government seems determined to signal the end of "moral hazard" by allowing defaults to take place but at the same time it is trying to ensure that a number of the trust structures sold as investments to the Chinese public (which were formerly off balance sheet) are refinanced on domestic banks’ balance sheets.

Russia appears to be coping better than some commentators initially predicted despite the sanctions environment. Notwithstanding this, it is hard to see that a significant restructuring wave in both Russia can be avoided as the economic realities bite however. We recently discussed sanctions and Russian restructuring in a seminar in London late last year7.

Finally, the market is looking with interest at South Africa, following the announcement by Edcon, the largest non-food retailer in the country8 of the results of its Exchange and Consent Solicitation. 95% of the Group's 2019 Senior Notes have agreed to participate in the offer which will reduce the Group's interest bill by €72 million.

A number of Ukrainian corporates have already undergone (or are undergoing) restructuring processes. In April 2015, DTEK, a leading Ukrainian energy company, restructured via a UK scheme. The technique of restructuring non UK companies via UK schemes is discussed in our recent alert.9

Somewhat overshadowed by the Greek crisis, debt restructuring talks between Ukraine and its bondholders to restructure Ukraine's sovereign debt are ongoing. The Ukrainian authorities are seeking to secure up to $25 billion from the IMF and World Bank. In May, Ukraine adopted a debt moratorium law which the Ukrainian government has recently hinted might be used if there is a failure in the debt restructuring talks.

Outside of the great drama of the Greek bailout discussions, corporate restructuring and distressed loan/bonds sales perspective in the first six months seems to have been relatively quiet in Europe. The old investment adage, ‘past performance doesn’t indicate future performance’ applies as much in the distressed debt market as it does in any other market: do not expect activity levels to be quiet forever. Restructuring activity is increasing in the Emerging Markets particularly for those corporates involved in the commodity sector. Although not classified as an Emerging Market, given how significant mining is for the Australian economy (and specifically Chinese demand for Australian commodities), we would also expect restructuring activity to pick up in Australia too.

All eyes are on the US Federal Reserve. The inevitable decision to raise rates, possibly as early as September this year, will see tighter monetary conditions in other parts of the world. The Bank of England Governor, Mark Carney, has indicated that interest rates could rise "at the turn of the year", and the ECB's current programme of QE is also set to end in September 2016 indicating that the loose monetary era is coming to an end, which is also likely to bring with it an end to the "zero default" world. Counterintuitively a normalisation of economic conditions may mean that restructuring activity gathers pace over the next few years.