New tax rules relating to establishing the issue price of publicly offered tax-exempt bonds become effective soon. This outline describes the new issue price rules, provides a high-level strategic analysis to help guide a discussion between an issuer and its advisors, and sets forth (at the end) the regulations themselves.

Effective Date: The new tax rules for establishing the issue price of bonds apply to all tax-exempt bonds sold on or after June 7, 2017. Some preparation is required in advance of the pricing date to make sure the provisions of a notice of sale or bond purchase agreement (and any related agreement among underwriters) allow for the issuer to implement the new rules in the manner desired.

Issue Price established by CUSIP: The rules apply on a CUSIP-by-CUSIP basis. The sum of the CUSIP issue prices is the issue price of the entire issue of bonds. It is best to focus on CUSIPs rather than maturity dates due to split coupons or other features that materially differentiate the terms of bonds of the same maturity. The issue price for each group of substantially identical bonds is established separately.

Actual Facts and Safe Harbors: The approach of the new rules is to provide a baseline rule that establishes issue price based on actual facts (i.e., the first price at which 10% of a CUSIP is actually sold to the public) and then to provide safe harbor rules that allow the issuer to use the initial offering price as the issue price if certain requirements are satisfied, regardless of whether 10% of each CUSIP is sold at the initial offering price. If satisfying a safe harbor is desired but not achieved, actual facts will control.

Sales to Public: Perhaps the most helpful rule is that all sales by an underwriter to a party that is not an underwriter are treated as sales to the public. Any party that is not connected to the issuer through a contract or series of contracts (e.g., BPA, AAU, retail distribution agreement) is treated as the public. A sale of bonds to a known “flipper” is as good as a sale of bonds to a buy and hold investor.

Actual Facts Rule: Issue price can always be established based on the first price at which 10% of the principal amount of a CUSIP is actually sold to the public. Note that this rule may not be as clear as it seems. The exact time of sales of bonds to different investors may not be easy to establish.

Competitive Sale Rule: For bonds sold in a typical competitive sale process, the issue price of a CUSIP is the initial offering price for that CUSIP (as evidenced by the pricing wire), so long as the issuer receives at least three bids for the bonds from reasonably competitive bidders. The detailed requirements of this safe harbor, set forth at the end of this outline, should be consulted. Note that if three bids are not received, the winning bidder can be required (for example, in the notice of sale as a condition of making the bid) to satisfy the hold-the-price rule. The two rules are not mutually exclusive.

Certainty Required by Tax Counsel: It may be useful to prepare a list of transaction types in which certainty as to issue price is important. The most obvious example is an advance refunding in which the refunding escrow can be invested at close to the yield on the bonds, but there are many other circumstances in which issue price certainty is required, such as bonds that require a volume cap allocation or are subject to the 2% costs of issuance limitation. Note that this point is nuanced. For example, an advance refunding escrow with a yield 20 basis points below the bond yield may not be a concern if the issue price is uncertain for only a couple of small CUSIPs but may be a significant concern if the issue price is uncertain for a large term bond.

Record Retention: Finally, the issuer might want to consider whether to establish a consistent procedure of obtaining pricing information from underwriters. The issue price rules generally contemplate that the pricing wire and copies of any AAU will be provided to and retained by the issuer. The question is whether the issuer should require some other actual sale information to be provided and retained.

Other Costs: In some cases, conservative assumptions can be made as to the issue price of any CUSIP that is uncertain. For example, a high issue price can be assumed that results in an artificially low arbitrage yield on the bonds. If the issuer is comfortable with that approach (and with the resulting potential increase in rebate liability, for example), the other risks and costs relating to an uncertain issue price can be minimized.

(1)In general. Except as otherwise provided in this paragraph (f) , “issue price” is defined  in sections 1273 and 1274 and the regulations under those sections.

(i)General rule. Except as otherwise provided in this paragraph (f)(2), the issue price of bonds issued for money is the first price at which a substantial amount of the bonds is sold to the public . If a bond is issued for money in a private placement to a single buyer that is not an underwriter or a related party (as defined in § 1.150-1(b) ) to an underwriter, the issue price of the bond is the price paid by that buyer. Issue price is not reduced by any issuance costs (as defined in § 1.150-1(b) ).

(A) The underwriters offered the bonds to the public for purchase at a specified initial offering price on or before the sale date , and the lead underwriter in the underwriting syndicate or selling group (or, if applicable, the sole underwriter) provides, on or before the issue date , a certification to that effect to the issuer , together with reasonable supporting documentation for that certification , such as a copy of the pricing wire or equivalent communication.

(B) Each underwriter agrees in writing that it will neither offer nor sell the bonds to any person at a price that is higher than the initial offering price to the public during the period starting on the sale date and ending on the earlier of the following:

(1) The close of the fifth (5th) business day after the sale date ; or

(2) The date on which the underwriters have sold a substantial amount of the bonds to the public at a price that is no higher than the initial offering price to the public .

(3)Definitions. For purposes of this paragraph (f) , the following definitions apply:

(i)Competitive sale means a sale of bonds by an issuer to an underwriter that is the winning bidder in a bidding process in which the issuer offers the bonds for sale to underwriters at specified written terms , if that process meets the following requirements:

(D) The issuer awards the sale to the bidder who submits a firm offer to purchase the bonds at the highest price (or lowest interest cost).

(A) Any person (as defined in section 7701(a)(1)) that agrees pursuant to a written contract with the issuer (or with the lead underwriter to form an underwriting syndicate) to participate in the initial sale of the bonds to the public ; and

(i)Separate determinations. The issue price of bonds in an issue that do not have the same credit and payment terms is determined separately. The issuer need not apply the same rule to determine issue price for all of the bonds in the issue . 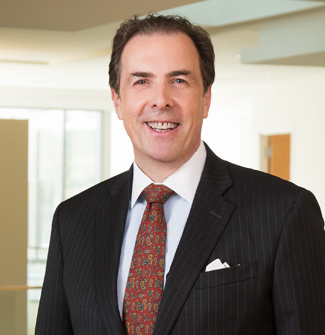