Orrick patent litigator Alex Chachkes authored an article on the significance of the U.S. Supreme Court's six patent-related decisions in 2014.

Alex Chachkes, a partner in the New York office, is a member of both the Intellectual Property Group and the Supreme Court and Appellate Litigation Group.  Alex focuses on the litigation of complex intellectual property actions, primarily patent actions.  Alex frequently counsels companies on multinational litigation strategy and the management of their worldwide IP portfolios, as well as manages IP due diligence in the M&A context.

Alex is frequently quoted in the media on intellectual property law issues, including in the Wall Street Journal and the New York Times.

Alex is on the Board of the Legal Aid Society. He also is active in pro bono matters, including through Legal Aid (from whom he received a Pro Bono Publico Award in 2017), the New York County District Attorney's Office and Lawyers for Children.  Alex has also represented pro bono St. Bartholomew's Church of New York and individual artists and artisans

Prior to law school, Alex was a researcher with United Technologies International Operations in Tokyo, Japan, and a laboratory researcher at the Tokyo Institute of Technology in Yokohama, Japan. 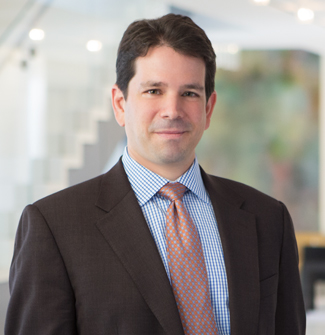